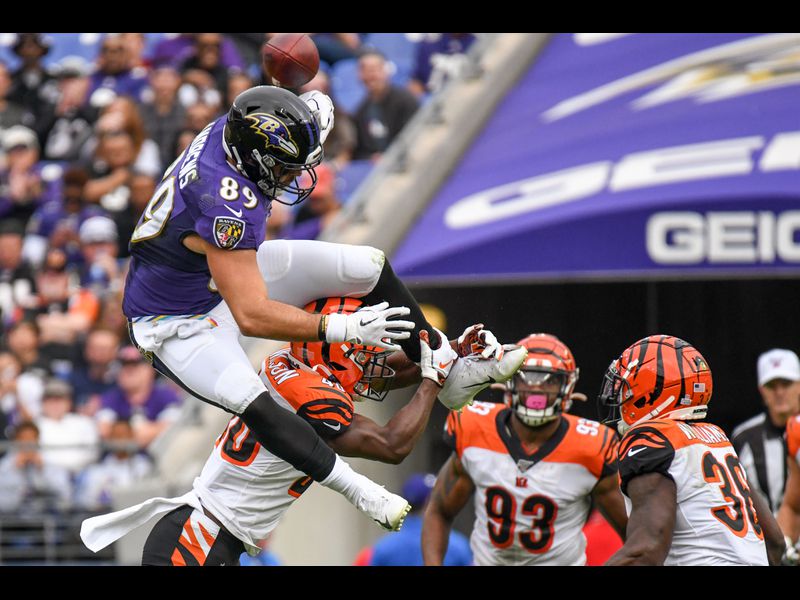 Offense: Right from the start, it was known that the Ravens offense was going to run the ball successfully the whole game. They grounded and pounded the rock up and down the field the whole entire game. Lamar Jackson had 152 yards, on 19 carries, and a touchdown. To go with Jackson, Mark Ingram (52 yards and a touchdown), Gus Edwards (34 yards), and Justice Hill (31 yards) combined for a total of 117 rushing yards together. However, the run game wasn’t the only part of the offense that shined, Lamar Jackson threw for 236 yards as well, and became the first quarterback in NFL history to pass for at least 200 yards and run for 150 in a game. Mark Andrews also had another great game with 99 yards on 6 catches. The two touchdowns the Ravens scored came in the first quarter on a 21 yard rush by Jackson and a 1 yard run by Ingram.

Defense: The Ravens defense finally played well and held Andy Dalton and the Bengals to one touchdown. They only allowed 217 passing yards and 33 rushing yards to talented Bengals running back Joe Mixon. This is not a good offense, so Ravens fans shouldn’t get too excited, but it could build confidence for the young players and help them perform better in the upcoming weeks. Marlon Humphrey played another fantastic game and shut down Tyler Boyd, who has torched the Ravens in the past, and had another interception off a tipped pass by Josh Byes.

Special Teams: On the opening kickoff, Bengals return man, Brandon Wilson returned the kick for 92 yards and a touchdown. However it wasn’t all bad for the Ravens special team unit, Justin Tucker 3/3 on field goals.

Defensive Player of the Game: Marlon Humphrey (he will pretty much be the DPOG every week)

Rookie of the Game: No one really stood out, but Justice Hill did have 31 yards rushing on just 5 carries