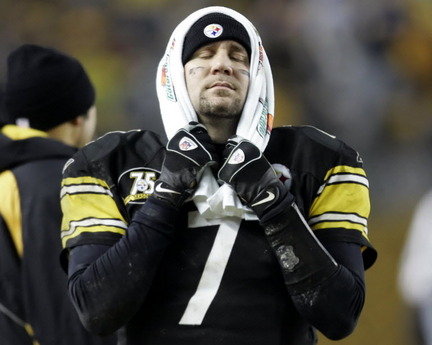 With Carson Wentz ruled out, Foles will be useful primarily due to the amount of throwing he’ll do in order to keep up with the Rams offense. The Eagles are not properly equipped to stop the likes of Jared Goff and Todd Gurley, which will require Foles to make plays in order to avoid a blowout. Despite all their playmakers, the Rams have been an average defense against the pass at best. They have surrendered 27 passing touchdowns, fourth-most in the league.

How can you not, after a four touchdown game? I will say that after all the frustration Henry has caused owners, his recent resurgence almost seems like trolling. But working behind Dion Lewis seems to bring out the best in Henry. After going without a rushing touchdown in the Titans’ first six games, he has nine in their last seven.

He has a rushing touchdown in each of the last three weeks and faces a terrible Cincinnati defense. Martin’s usage is also a good sign for some clutch production, with 34 carries over the last two games.

For all of the talent Moore has, catching just two touchdowns has dampened his production. But in what should be an explosive game, the Panthers should be eager to exploit the Saints’ secondary. Moore is Cam Newton’s best big play weapon, averaging 14.4 yards per reception.

Speaking of big plays, Lockett has made a good number of them this year and outscored receivers like Golden Tate and Jarvis Landry in PPR formats. He’s caught nine touchdowns from Russell Wilson and faces and exploitable secondary in San Francisco. Lockett caught a 52 yard touchdown in their last matchup.

Even the Arizona offense should be able to move the ball against Atlanta’s defense. Fitzgerald’s 86 targets lead the team by far, and Josh Rosen should be motivated to throw him the ball while the Cardinals try to keep up with Matt Ryan.

The Ravens have given up a touchdown to a tight end in each of their last four games. It is an annoying and consistent weakness in their defense. Brate may suffer from a lack of targets, but he still gets it done in the red zone. He has three touchdown catches over the last three games for Jameis Winston and the Buccaneers.

As Atlanta is likely to take the lead early on in the contest with Arizona, I like Coleman to get a little more involved than he has been lately. Additionally, the Cardinals have given up the most rushing yards to running backs this season.

This feels like a big turnover game for Big Ben. The Patriots are tied for fifth in the league in interceptions with 14. They’ve also stepped up their QB pressure, with nine sacks over the last three weeks.

The Steelers aren’t completely invulnerable to the running game, but they are one of the best in the league at stopping it. They have the league’s sixth best rushing defense and have only allowed one rusher to top 100 yards this season. Michel was uninspiring against the 29th rush defense in Miami, managing only 57 yards on 20 carries.

The fantasy playoffs are a bad time to have to trust Ingram, so don’t. Anytime he has a decent game on the ground, like last week against Tampa Bay, he seems to follow it up with a poor showing. The lack of consistency is a killer going into a matchup with a top-10 run defense like Carolina.

Healthy or not, Hilton will have a hard time getting going against Cowboys’ defense. Top-ten against the past, Dallas also excels at pressuring the QB. This will play right into the Colts heavy usage of the short passes which makes a burner like Hilton less appealing.

Did you know that the Buffalo Bills have the league’s best passing defense? This isn’t good news for Golladay, who has just 55 yards and no touchdowns over the last two weeks. Being the only legitimate pass-catching threat has not helped his production.

You can’t expect anything out of anything out of any Bengal besides Joe Mixon. A once promising season has fallen apart for Boyd with the losses of A.J. Green and Andy Dalton. It won’t help that he’ll have to deal with Gareon Conley, the Raiders’ rookie cornerback who gave Antonio Brown a hard time last week.

With the way tight ends are scoring these days, you might have a take-what-you-get mentality, and I wouldn’t blame you. But it’s playoff season, time to make the moves that win championships. Seattle held Kittle to 70 yards and kept him out of the endzone during their last meeting. As their meeting with Minnesota proved, that defense is only getting tougher.

Cohen’s production increased while Mitchell Trubisky was sidelined, but the Bears’ starting quarterback being back opens up the offense in a way that takes focus away from their RB2. As a pass-catching option, Cohen will have a tough time against the Packers, who have allowed only 54 receptions to backs this year, fourth-fewest in the league. Additionally, they held Cohen to just 41 total yards in their last meeting.