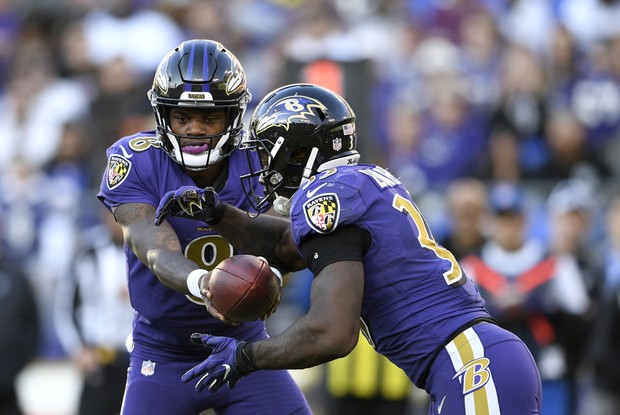 Here we are again, fans. It’s the No Huddle game preview for the Ravens vs the Chiefs. Analysts Frank and James will be breaking down the offensive and defensive approach for how the Ravens should be able to pull out the victory.

The Ravens offense enters this matchup on the backs of a new-look ground game and will have quite the task offensively in taking down the 10-2 Chiefs. Make no mistake, Lamar Jackson will be tested in this game. Offensively, we as fans, and the Ravens, have not seen what Lamar Jackson can do when forced to throw the ball 25+ times. We have also not seen what this offense will do when forced away from their gameplan, or how Lamar Jackson responds when down by two touchdowns. Last week, the Ravens were forced to overcome injuries, concussions, dropped passes and more in Atlanta but they cannot afford a repeat performance and expect a win in Kansas City. This game is a true test to see how the Ravens stack up against a possible Super Bowl team. 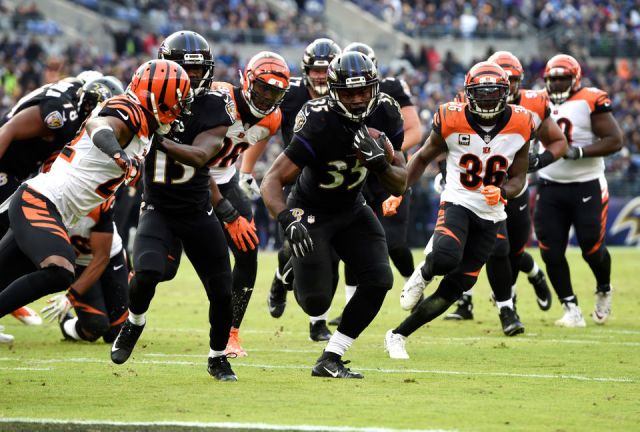 The Chiefs have been beaten twice this year by the Patriots and the Rams. The secrets to their success? Outscore Patrick Mahomes early, and survive the Chiefs fourth quarter surge. The keys to success offensively, would be to mimic the Patriots game. In that game, the Patriots ground game accounted for 173 yards, held the time of possession 36:09 to 23:51 and forced a turnover. Kansas City started off slow in both of those games but rallied late, putting up 35 total combined fourth quarter points.

You better believe the Ravens are going to run the ball in Kansas City. The weather will most certainly be cold and the Ravens must continue their ball control offense in order to keep Patrick Mahomes and company off of the field. However, adversity must be expected in this matchup. The Chiefs offense is just too potent to contain and at some point, the Ravens offense will be forced to abandon the game plan. Lamar Jackson must improve his timing on the short passes, drag routes, as well as his connection on the shot plays downfield. The Chiefs defense is susceptible to the big play and the Ravens must take advantage of every opportunity. Dropped passes, penalties and an out of sync pass game will not get it done this Sunday. I expect the Ravens to begin the game as they have the past three, by forcing a heavy dose of the run game and keeping a short pass attack to keep the chains moving. Say what you want about the Ravens success over lesser opponents, but each team knew the rush attack was coming and still couldn’t stop it.

The difference maker in my opinion is the pass game, and if Lamar Jackson can get into rhythm, connect on his deep throws and have some success off of broken plays, the Ravens will be able to compete with any back-and-forth scoring that may come. The time for the pass game to emerge may have arrived this week, Lamar Jackson and company must step up and make a statement by playing a complete game.

These are the kind of games that separate the contenders from the pretenders. Being only a half game out of division control, this would be an amazing victory. The only question being, How do you stop a team that scored 51 points in a loss? Well I am glad you asked. 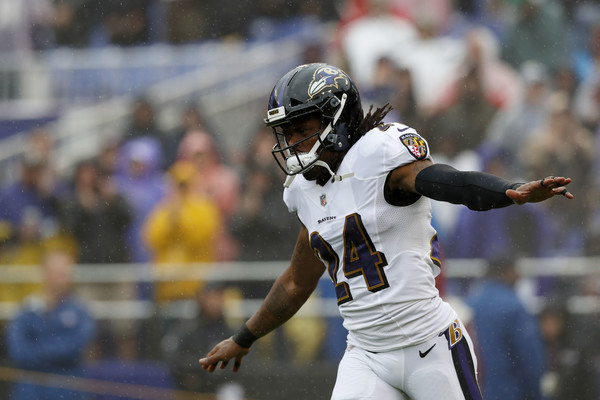 This game had me worried since the schedule was released. Kareem Hunt, Tyreek Hill, and Travis Kelce are combined a nightmare for defensive coordinators. The Chiefs will be minus one of these players. It won’t make it any easier, but it certainly is one less person for Wink Martindale to account for.

The Human Joystick, or Tyreek Hill as his Mother calls him, is the first big challenge we have to account for. Guys with this kind of open field movement are only defendable on press coverage. If he is allowed to gain full acceleration, no Raven will be able to keep up. Given Marlon Humphrey’s surprise groin injury, I give this assignment to Jimmy Smith. While he’s never played bump and run type defense, he has to interrupt Hill’s forward progress, or Hill will light us up all day. Travis Kelce will give us just as much aggravation. The man is an oversized Pro Bowl receiver and makes defenders know it every play. If the Ravens will have any success stopping him, I expect a lot of Dime and Nickel packages. Anthony Levine will be a huge player on Sunday. His ability to lay the hammer down while cover with the speed of a corner will be essential to our success.

In the end of it all our best defense is a long methodical offense. The time of possession battle has favored the Ravens exponentially these last three games. If we can keep Pat Mahomes and company on the bench for most of the game, and uncork a deep ball when needed,

the score should reflect the favor of the Baltimore Ravens. 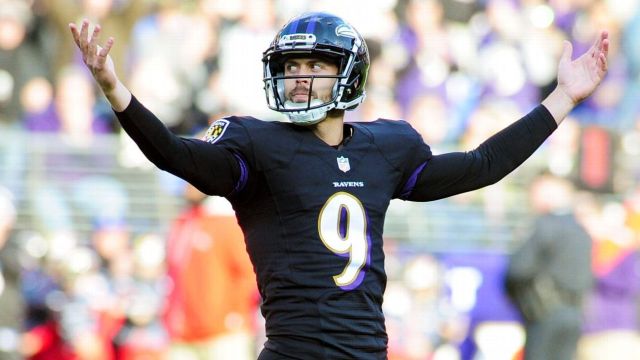 There you have it, folks. If done like this, the Coaching staff gets an A while we get the W.