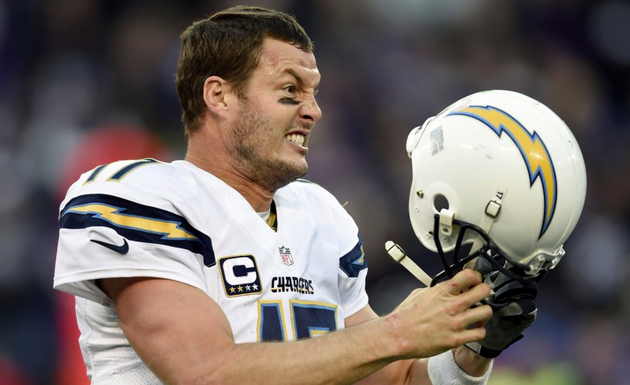 It won’t be pretty, but it’ll be productive. Luck will continue to play from behind and accumulate good production over four quarters. The Colts inability to run the ball will force his hand, leading to high pass attempts.

Luck’s throwing activity goes along well with a pass-catching back, and Hines appears to have that role locked down. If you’re playing in PPR, trust that Hines will have a decent day even with the return of Marlon Mack.

The Chargers are in for a big day on the ground and in the short-passing game. Ekeler should have a nice time backing up Melvin Gordon and being utilized heavily in San Diego’s efforts to exploit the Cleveland Browns most obvious weaknesses.

Pittsburgh secondary has not solved every problem, but Joe Hayden is leading renewed efforts from that defensive backfield. But while he’s focused on A.J. Green, Tyler Boyd will have a good day much like Mohamed Sanu did last week when Julio Jones struggled.

It wasn’t Ridley’s busiest game last week but somebody has to catch touchdown passes from Matt Ryan. The Tampa Bay Buccaneers will present plenty of opportunities for Ridley during what should definitely be a shootout.

Maybe the LA Rams secondary isn’t as good as it’s supposed to be, at least not without Aquib Talib. Wide receivers have caught eight touchdown passes over the past three weeks, the gambling tendencies of Marcus Peters have left them burned on several occasions. Expect Thomas to get behind the Rams defensive backs as Case Keenam will have to throw often to keep the Broncos in the game.

Hooper might become a more relevant part of the Falcons offense after 11 targets last week. Even if he doesn’t produce consistently, he’s got a favorable matchup against one of the league’s worst defenses, specifically facing tight ends. Tampa has given up 415 yards against that position, third-worst in the NFL.

Chris Carson seems to have the starting job in Seattle’s backfield, but Mike Davis is the running back who’s finishing drives for the Seahawks. He has three rushing touchdowns over the last two games and now has a matchup with the fifth-worst rushing defense in Oakland.

Cleveland’s defense is slowly getting better, specializing in QB pressure with 14 sacks this season. But their weakness, as mentioned before, is in their rushing defense. The Chargers’ game plan could lead to a pedestrian game for Rivers as he looks to avoid Myles Garrett by handing the ball off early and often.

After hearing John Harbaugh talk about third-string running back De’Lance Turner getting more carries, anyone who drafted Collins should be nauseated. Fumbling issues aside, the Ravens simply don’t like Collins, and they’re facing a defense that has yet to let a running back rush for a touchdown.

Arizona will find itself losing badly in the second-half of this game, which could help Johnson catch passes but it won’t help him get into the endzone. The Vikings have allowed zero rushing touchdowns from running backs.

Allen has been underwhelming so far this season, catching just one touchdown pass over five weeks. His lack of red zone utility is underscored by the fact that Mike Williams, Melvin Gordon, and Austin Ekeler have three touchdown receptions each. Additionally, Allen will have to contend with Denzel Ward, giving Phillip Rivers another reason to look elsewhere.

Davis’ numbers against the Eagles two weeks ago seem like an anomaly after Tennessee’s uninspiring performance against the Buffalo Bills. The general rule is that the Titans are going to run the ball; they’re tied for third in rushing attempts this season. Marcus Mariota still can’t be trusted to make any of his receivers into a consistent fantasy option.

Mitchell Trubisky might be hesitant to look Allen Robinson’s way while the receiver deals with Xavien Howard. The Dolphins’ cornerback leads the league in interceptions and is backed by excellent safeties in Reshad Jones and Minkah Fitzpatrick. Miami has only allowed three touchdowns to wide receivers this year.

It’s going to be a harsh turnaround for the Bears offense after cruising up and down the field against Tampa Bay. Miami has given up zero touchdowns to tight ends. It’s already hard enough for Burton to produce consistently in Matt Nagy’s offense. He’s 15th among tight ends in targets.

It’s just too easy to stop McCoy these days. His usage this season has been bizarre, topping 20 carries for the first time just last week. Even with that, he only managed 85 yards on less than four yards per attempt. He’ll face a top-10 run defense on the road in Houston.