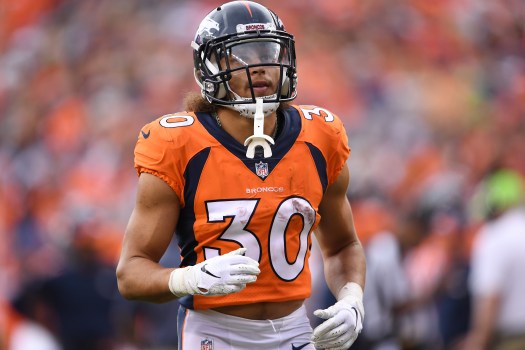 Quarterback: This week’s must add at quarterback is Joe Flacco. Joe Flacco hasn’t been known for his fantasy prowess at any point in his career, but after a week one showing where Flacco passed for 236 yards and three touchdowns in just 2.5 quarters, he is a viable starting option this week. He connected very well with his variety of new weapons against the Bills, and even though the Bengals may have a daunting defensive line, the secondary isn’t very strong. Andrew Luck threw for 319 yards in his first game back from injury in over a year. Ryan Fitzpatrick is also a potential option, but DeSean Jackson may not play this week, and Fitzpatrick tends to have these breakout games once in a while before falling back to earth.

Running Back: If you are in need of a running back, rookie Phillip Lindsay is probably the top choice on the waiver wire this week. He led the Broncos in carries over rookie Royce Freeman, ran for 71 yards, and caught two passes for 31 yards and a touchdown. I expect him to continue to split carries with Freeman as well as make an impact in the passing game against a Raiders defense that allowed 33 points last week.

Wide Receiver: Ted Ginn Jr. had good numbers last week with five receptions, 68 yards, and a touchdown. Ginn is the clear number two receiver in New Orleans behind Michael Thomas, and with how much the defense struggled last week, the Saints could be in another close game against the Browns. If the defense struggles again, and the Saints are in another shootout, the speedster could continue to receive a fair number of targets and possibly some deep shots that could result in long touchdowns for Ginn.

Tight End: Last week tight end Greg Olsen got injured and is out for this week, so rookie Ian Thomas will get the start for the Panthers. This is a high ceiling, low floor addition because he is a rookie, and I am not sure how he will fit in with the offense in his first start, but if he plays the role of Greg Olsen, there is no reason that he won’t be targeted or make a big impact against the Falcons.