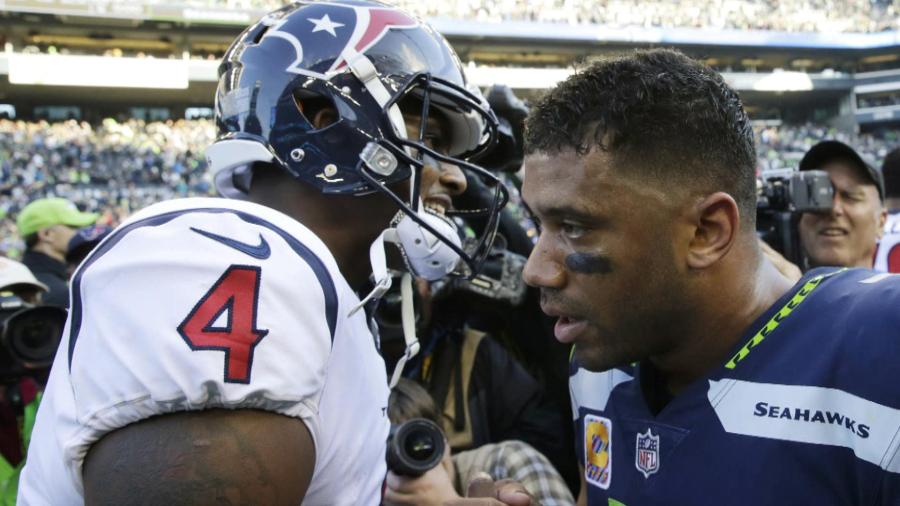 Editor’s Note: Each season we dig into the tough decisions facing fantasy owners on draft day. We will weigh the pros and cons and then make a decision that could help you win your draft and ,more importantly, win your league. Enjoy!

Depending on who you are, you evaluate the quarterback position in fantasy football differently. Most people believe that it is better to take a quarterback later in the draft and select skill positions in the earlier rounds. This is because quarterback is far and away the deepest position in fantasy, and you can usually select a high producing quarterback such as a Philip Rivers, Matt Ryan, and Matthew Stafford later than the 5th round. In some fantasy leagues, they could even fall to the 11th round or later. But, quarterbacks still are the highest scoring overall position and taking a quarterback such as Russell Wilson or Deshaun Watson earlier in the draft can positively impact your team and carry you to a championship. Russell Wilson and Deshaun Watson were both highly productive quarterbacks in fantasy week in and week out last year, (at least before Deshaun Watson tore his ACL in practice before week nine) but who will be the better fantasy quarterback in 2018 is a serious debate.

Last year, Russell Wilson was QB1 and according to CBS Sports fantasy football standard scoring, he had over 20 points in 11 games. He threw for 34 touchdowns and ran for three more behind a terrible offensive line, and a bad running game. The defensive side of the ball for the Seahawks in 2018 is looking like it will struggle, which could cause Russell Wilson to be forced to throw more if they are trailing or in tight ball games. The addition of Rashaad Penny, if he is able to reignite the run game, could also take some pressure off of Wilson by making the defense not just focus on him, but also Penny. Success running the ball with Penny could also open up more play-action opportunities and big plays which could boost his efficiency and stats. Finally, if new offensive line coach of the Seahawks, Mike Solari, is able to improve Wilson’s protection, it should be fully expected that Wilson has another huge year.

Deshaun Watson started six games last year, but he was absolutely electric in those games. Before tearing his ACL, he led the league in total QBR, touchdown passes, and led all quarterbacks in rushing yards. He made a significant fantasy impact with both his arm and legs. According to CBS Sports Fantasy Standard Scoring, in his six starts he averaged 32.7 fantasy points a game, and went over 40 points three times. THREE TIMES IN SIX STARTS! He also benefits from a strong supporting cast with star, but still underrated, receiver Deandre Hopkins, as well as Will Fuller V, with whom Watson seemed to have extremely strong chemistry with. Watson has been going at full speed during minicamp, and I believe he will return to his normal form this season. There is risk that he won’t be the same, and people will point to current Ravens player Robert Griffin and show how his once promising career was killed by his ACL tear, but

this isn’t the first time Watson has torn his ACL. At Clemson he tore his ACL during his freshman year and came back even stronger and led his team to a National Championship. I think Watson has the mental toughness to do it again. If he is able to stay healthy and avoid a sophomore slump, he will once again be a top fantasy quarterback in the NFL, and likely a MVP canidate.

Both Russell Wilson and Deshaun Watson will be star fantasy quarterbacks in this upcoming season, but I am all in on Deshaun Watson. Yes, there is more risk with Watson since he is coming back from a serious injury, but a lot of the recovery is mental and since he has done it before, and came back with so much success, I completely expect him to do it again. His offensive arsenal is superior to Wilson’s, and when Watson was playing last year, he was undoubtedly the best fantasy player. He led the league in touchdowns and averaged 32.7 fantasy points in his six starts. He can also make more of an impact with his legs than Wilson which only adds to Watson’s fantasy potential. Roll the dice, and take a gamble on Watson, and if you want to be safe, you can always draft a solid quarterback in the later rounds for insurance. Patrick Mahomes and Phillip Rivers are both active when Watson has his week ten buy. 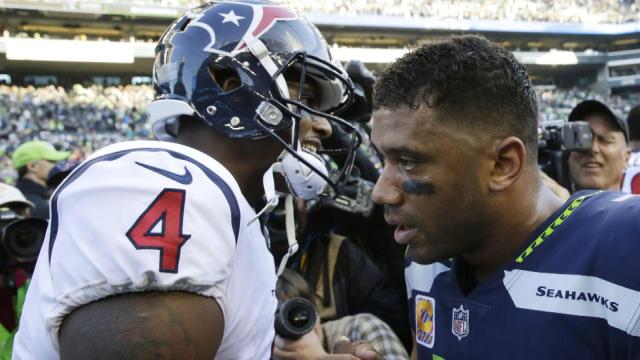