The Ravens GM-in-waiting, Eric DeCosta, spoke last week to The Lounge and shed light on the team’s strategy heading into the recent NFL Draft. Those comments provide intriguing insight into the front office’s collective thinking, as well as indications as to where the team’s future priorities may lie.

The headline from DeCosta’s interview was his statement that the team was ready and willing to take Florida State safety Derwin James with its first-round pick at No. 16.

The assistant GM said: “I thought Derwin James was one of the best players in the draft, but … the value of this draft was really the third, fourth, fifth round. So for us to go back and get additional picks made a lot of sense. As hard as it was moving away from Derwin James, we felt like it was the right thing to do for this club.”

What this tells us about the team’s feelings about James as a player is obvious. More importantly, it suggests that the team’s long-held strategy of collecting draft picks will continue under DeCosta. Ozzie Newsome has been a strong proponent of the benefits of amassing extra picks through the compensatory system and trading back, and it seems his protégé will stay true to a similar course. The Ravens made 12 selections in 2018 – more than any other team.

The flirtation with selecting James also demonstrates that the Ravens have given thought to making changes at safety, where incumbent duo Eric Weddle and Tony Jefferson underwhelmed in 2017. Former All-Pro Weddle is now 33 and saw a downturn in his play; the team could escape from the final two years of his contract with a dead cap value of $3.5 million. Free-agent addition Jefferson didn’t live up to the hype that accompanied his signing, frequently being caught out of position in coverage. Jefferson’s contract has since been restructured to make more cap space available in 2018.

DeCosta made clear that there was further angst about which player to select with the team’s acquired No. 25 selection, describing the choice of TE Hayden Hurst over WR Calvin Ridley as ‘agonizing’. The inference from DeCosta is that the front office viewed both players similarly  in terms of ability, but their positions ultimately made the difference.

“First-round tight ends historically have done much better than first-round wideouts, a much more volatile position in the draft,” DeCosta reasoned. It doesn’t take a sage to see that Baltimore – a franchise often lampooned by fans for its reticence in selecting wideouts in the first round – was reluctant to risk repeating the mistake it made in 2015 in choosing almighty bust Breshad Perriman.

The consideration of Ridley could be seen merely as a ‘best player available’ scenario, but it also may tell us that the front office feels that Joe Flacco may need more at wideout than the free-agent signings Willie Snead, Michael Crabtree and John Brown. 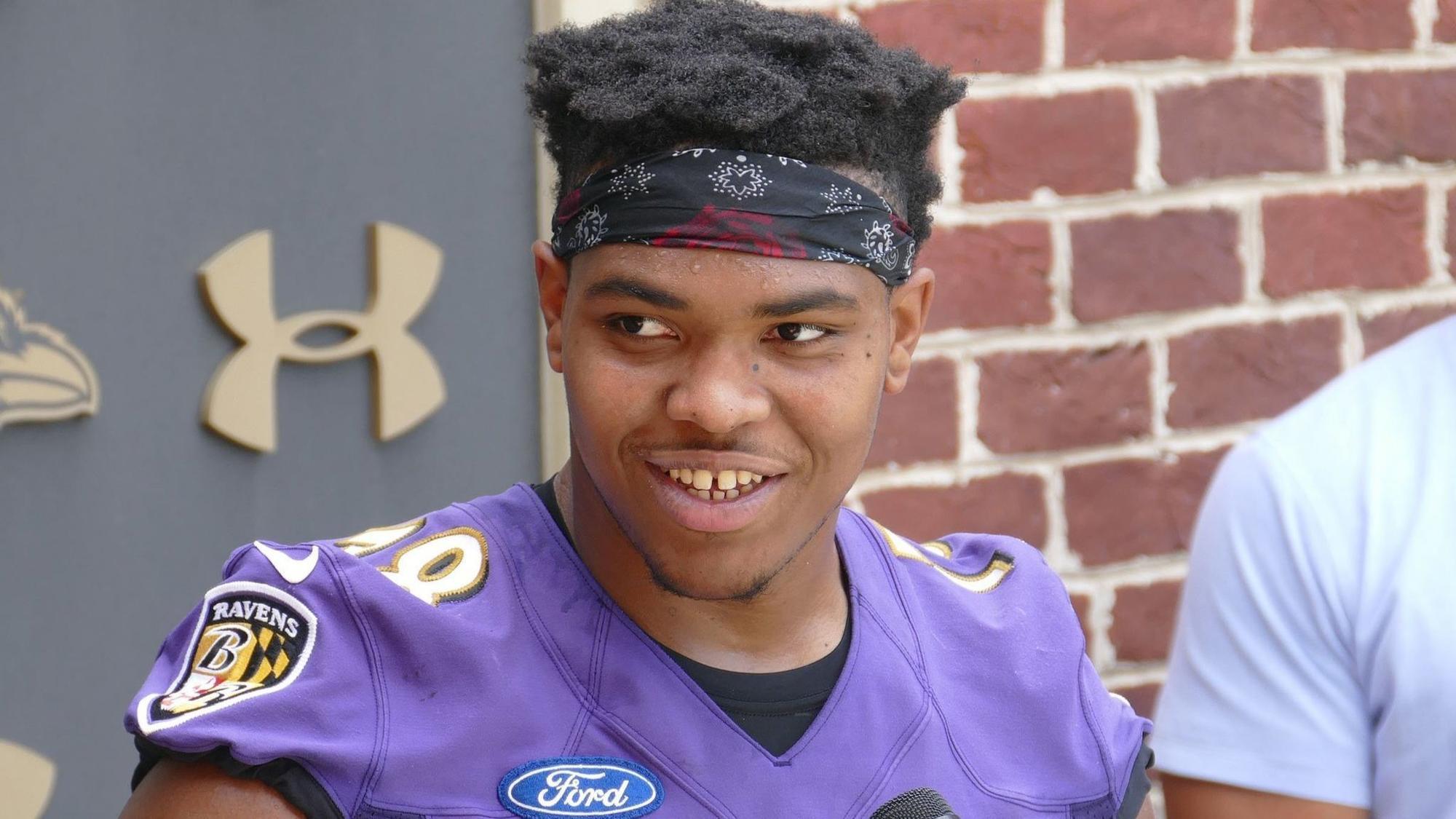 What DeCosta said about the team’s third round selection, Orlando Brown Jr., was also telling, if not predictable. He views Brown as a ‘shutdown tackle’ and a first-round caliber talent. Given the Brown’s family history with the Ravens, and the fact that ‘Zeus Jr.’ was so widely-mocked to the Ravens before the draft, it’s unsurprisingly to learn that the team had designs on taking the player.

Baltimore off-season announcement that it had re-signed offensive lineman James Hurst to a four-year $17.5 million deal was greeted with acclaim and consternation in somewhat equal measures.  The evidence that the team always planned to draft Brown may make the Hurst decision more palatable for skeptics. The Ravens expect Brown to compete for the starting right tackle position and are likely hoping he’ll win it, meaning that the versatile Hurst can play at guard, where he’s far more comfortable and competent than at either tackle spot.

In an earlier article I speculated on whether the Ravens erred in not drafting a running back, given the question marks attached to each of its current top 3 tailbacks. DeCosta made clear that the team also saw a need there, aiming to draft a runner in the mid or late rounds, but being thwarted more than once by other teams selecting RBs ahead of the Ravens pick.

The only instance of a RB being taken soon before the Ravens made a selection was in the final round, when the Dallas Cowboys took Alabama RB Bo Scarbrough two picks before Baltimore chose Division II pass rusher Zach Sieler at No. 238. Given Ozzie Newsome’s history of drafting players from his alma mater, it’s possible that he may have hoped to take Scarbrough at that spot.

For now, Eric DeCosta hasn’t tipped his hand to disclose how his coming tenure as GM might differ from that of his predecessor and mentor. Presently and to date, Eric and Ozzie have spoken almost with one voice. When the younger man sits in the big chair next year, we’ll see how different he’s planning to be.