Now that the heavy lifting of the offseason is over, we have a pretty good idea of what NFL rosters are going to look like for the 2018 season. Sure, there’s still camp, where teams are gonna have players battle it out for the right to be a starter and fill other roles, but we do know the players that will compete for said roles and also have a good idea of how depth charts will play out.

With that said, I thought now would be a good time to take another look at the Ravens 2018 schedule, simulate the games in my head, and come up with a realistic W-L expectation. The Baltimore Ravens have the leagues 12th easiest schedule based on opponents records last year. But don’t let that fool you. Eight of the 16 matchups will be played against 2017 postseason qualifiers. The road to the playoffs will be a tough one. Let’s go game by game and see if it’s feasible to make it back to the promised land for the first time in three years. 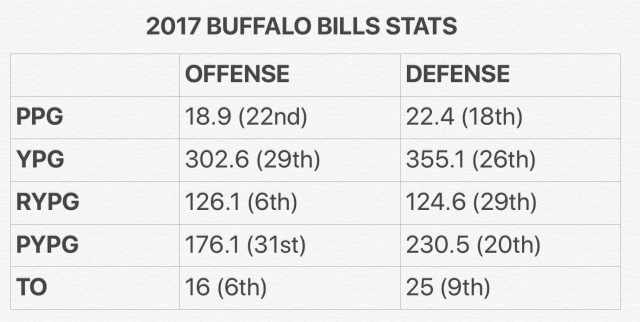 The Baltimore Ravens are 6-1 under John Harbaugh when they open the season at M&T Bank Stadium (7-2 overall). You gotta like their odds to continue their week one winning ways. Although the Bills have one of the top offensive weapons in the league and one of my favorite players in Shady McCoy, they don’t have anything else that scares you. They traded for Andy Dalton’s backup AJ McCarron to start this season. He’s not ready for a defense like this. I like Baltimore in a blowout. 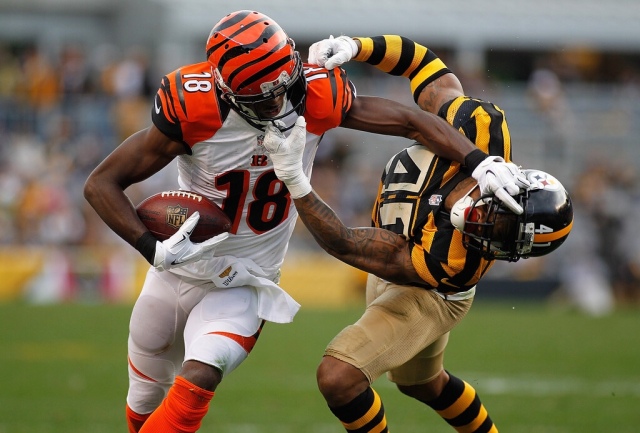 After they terrorize his former backup, I expect the Ravens to take revenge against Andy Dalton for knocking them out of the playoffs last year. The Bengals did have a nice offseason, but they typically get off to slow starts. They should have trouble stopping the rushing attack and I look for Alex Collins to have a big game. Cincy always makes it tough on Baltimore, but the Bengals lose to the Ravens in a close one. 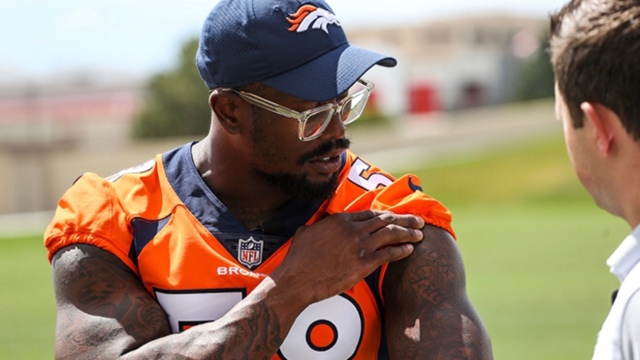 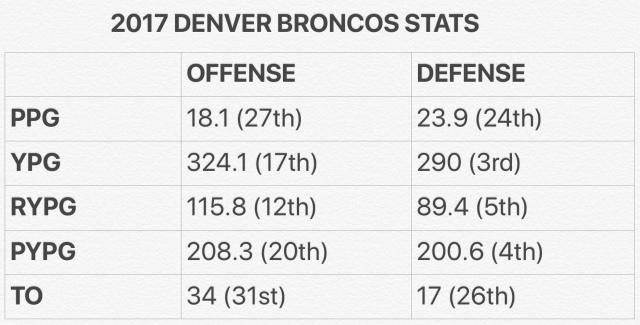 Denver made sure to give new quarterback Case Keenum lots of options in the passing game and it’s an impressive group. Rookies Courtland Sutton and DaeSean Hamilton join veterans Demarius Thomas and Emmanuel Sanders in a stacked WR room. But it’s their defense that’s their real bread and butter Von Miller and fifth overall pick Bradley Chubb will get after Joe Flacco and force a couple turnovers in a low scoring affair where Keenum does just enough. The Broncos are gonna be a surprise team this year and compete for their division. Mark my words.

Ahhh. Ravens – Steelers. So many great battles have been fought between these two. Pittsburgh got the brooms out last season, including an epic 39-38 week 14 win over Baltimore. I think the Ravens really closed the gap this offseason and they will be hungry to win that AFC North title. I expect this game to be another close, hard fought boxing match. The Steelers get the edge as the home team. 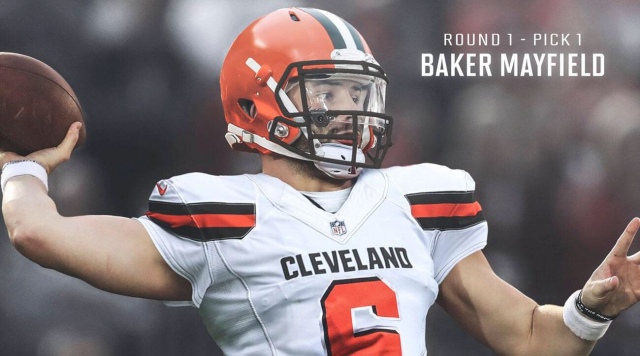 Here’s a weird statement: the Cleveland Browns have a lot of talent on their roster. Heisman winner Baker Mayfield was taken as the first pick in the draft, but probably won’t start this game. Former Raven Tyrod Taylor was acquired in a trade with Buffalo and will most likely start the season as the signal caller. He takes really good care of the ball. He has a lot of firepower around him too. The additions of RB Carlos Hyde and WR Jarvis Landry are nice pieces when added to what was already in place from last season. They’re improved and will be a tough out, but will be out nevertheless. 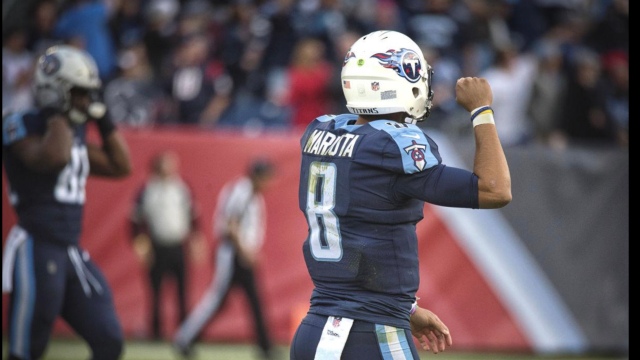 The Tennessee Titans have the talent on their roster to make some noise this season. I love the addition of RB Dion Lewis, as he should be a perfect complement to starting RB Derrick Henry. That said, they will go as QB Marcus Mariota goes. Mariota regressed big time last season after looking like a franchise QB in his first two professional seasons. Their new defensive coordinator Dean Pees knows the Ravens better than he knows the Titans, as he was on the Baltimore coaching staff for the past 8 seasons. But the ravens do have a lot on new faces offensively so it’s not the same team he has practiced against. This was a tough call for me. I was back and forth, but as they say tie goes to the runner. We are the runner. 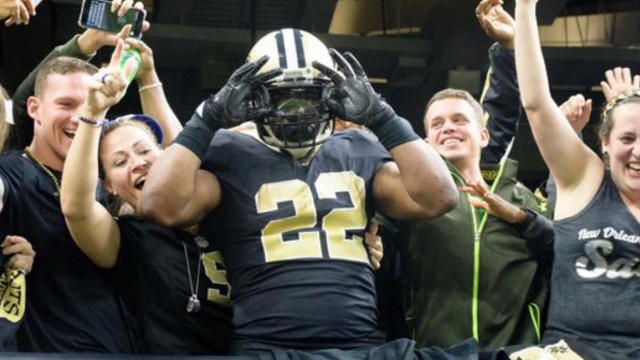 So. Much. Firepower. It’s almost unfair. I love the makeup of this offense. Drew Brees is a first ballot HOFer and he has all the pieces to succeed. Most notable has to be last seasons offensive rookie of the year RB Alvin Kamara. He’s so much fun to watch. I thought they were gonna add to it in a major way in the first round of the draft when they traded up. I, among many others, expected the pick to be Ravens QB Lamar Jackson (Can you imagine Jackson and Kamara together? Sheesh). Drew Brees has beaten every NFL team except one: yup, it’s the Ravens. That changes here. 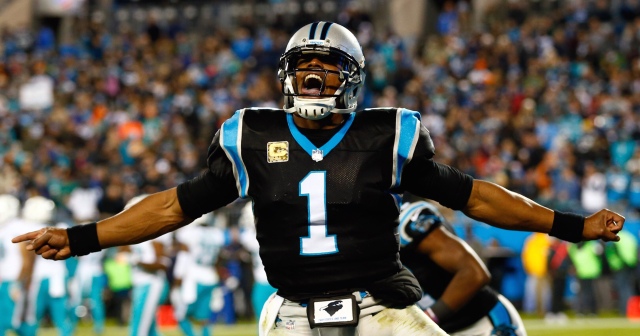 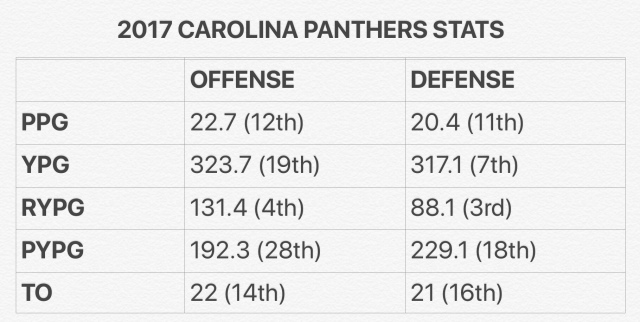 The Ravens will stay in the NFC South for the second game in a row. Its arguably the best division in the NFL. This game should be a tough one. Cam Newton has a pair of former Maryland Terps at wide receiver: first round selection DJ Moore and former Raven Torrey Smith. Tight end Greg Olsen signed an extension and RB Christian McCaffrey is going into his second year and you could tell that he really started to adjust to the speed of the game as his rookie season progressed. And this is one tough defense. Again, because of home field advantage, I give them the slight edge. 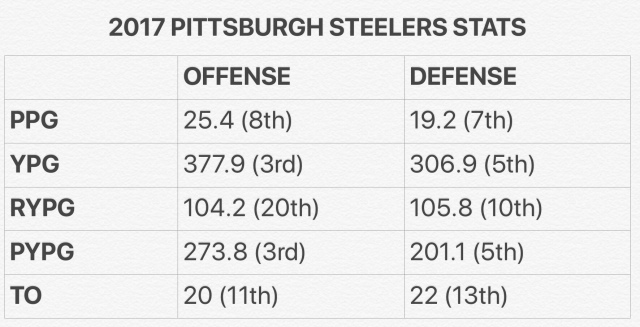 I’ve already discussed the rivalry and you should all be pretty familiar with who and what this team brings to the table. It will be another close game. The rivalry is a split, at least as far as the regular season is concerned (a hint of where this record is headed after going .500 in the first half of the season).

Again, I’m not going to repeat what I’ve already said. Ravens get the win here and the season sweep of the Bengals (I have Cincy finishing in last place in the division).

Just a few years ago in 2016, the Oakland Raiders looked like a team on the rise in the AFC and like they were primed to be in the playoff hunt every season in the next decade. That’s thanks in large part to the young duo of QB Derek Carr and WR Amari Cooper, who looked like they could soon be a top 5 duo on the league. I don’t know what happened but both of these guys were bad last year and the team was bad as a result. It will be up to new head coach Jon Gruden, AKA Chucky, to get them back on track in his second stint as head coach of the Raiders. They need a couple years in my opinion. New Ravens WR Michael Crabtree will want to show the team that cut him that they made a mistake.

Surprise surprise. Another NFC South team loaded on the offensive side of the ball. Franchise QB Matt Ryan just signed a 5 year extension, good for $30 million a year. He has all world WR Julio Jones, who you could argue is he best wideout in the league (he’s my WR2 behind Steeler Antonio Brown). He’s been so good that Atlanta decided to go back to his alma mater Alabama for another wide receiver, taking Calvin Ridley in the first round of the draft. That’s one dangerous 1-2 punch. And it’ deserves mention that this is also a very good defensive unit. Atlanta wins this game.

It sure is a good thing that the Ravens have a really good defense. They are gonna be tested this year. Kansas City is ANOTHER team full of firepower. TE Travis Kelce is one of my favorite players in the league and also a top 3 tight end. Out at wide receiver, this team has straight up BURNERS. Tyreek Hill will be joined this year by free agent signing Sammy Watkins. That’s speed, folks. You can see the logic behind this build, as QB Patrick Mahomes has a cannon for an arm. It should also give last years electric rookie RB Kareem Hunt more room to run. So offensively they should’ve fun, but this defense is not close to what it once was, finishing the season ranked 28th. Pair that with a quarterback in his first year as a starter, and you have a Ravens victory. But man the future of this team is bright and explosive. 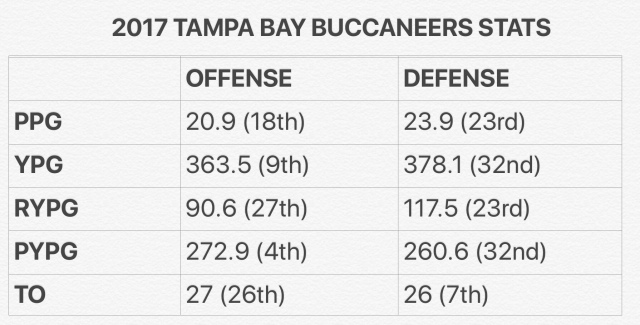 The final NFC South opponent doesn’t scare me one bit. They had the worst defense in the league last season and I expect even Joe Flacco to light them up. They also featured a pathetic rushing attack. QB Jameis Winston to WR Mike Evans is the teams only redeeming quality and that connection will get there stats during garbage time in this one. Ravens blow em out. 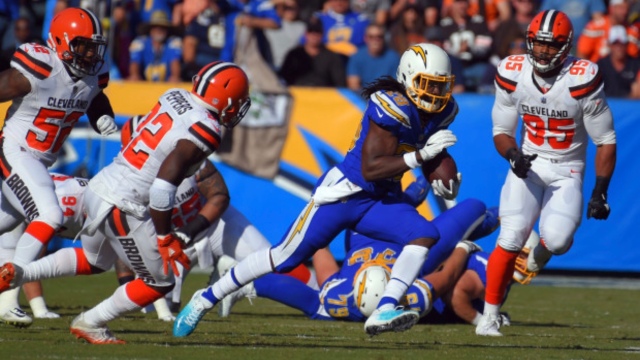 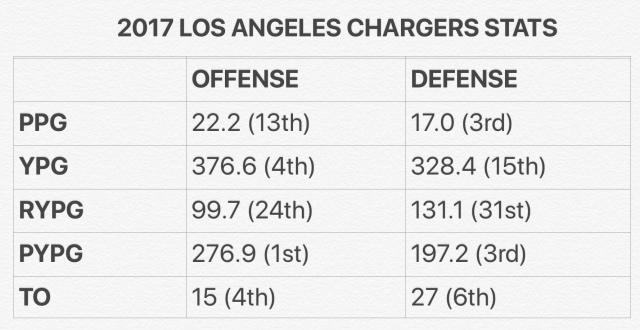 When I mentioned earlier that the Denver Broncos would compete for their division, this is the team I envisioned as their biggest threat. And defensively, they too have a dynamic duo at pass rush to go along with a really good secondary. And that secondary got better in the draft when the Chargers drafted the best safety in the class in Derwin James. Offensively, QB Phillip Rivers, RB Melvin Gordon, WR Keenan Allen, and TE Hunter Henry make up a more than capable group. This is a really good football team. Chargers get the W.

It’s so fitting to end the season against the Browns with a playoff berth on the line considering how the past two seasons ended. But they won’t do to Baltimore what both Pittsburgh and Cincinnati were able to the past two seasons. A last second score by the Ravens this time around in the last game of the regular season catapults Baltimore into the playoffs.

So that’s it. I see the Ravens going 10-6 this season and getting back into the playoffs! I’m probably way off. But let’s hope I’m right. I’m not going to predict the playoffs until we get there and know who we are playing, but this team knows how to win once they get in and I wouldn’t be surprised one bit to see them win a game or two when they get there. But the goal is four wins and a third Lombardi Trophy for our beloved Ravens. I can’t wait for this season to get here. Be sure to leave a comment and tell me what I got wrong.

One thought on “The 2018 Baltimore Ravens Game-By-Game Predictions”