The day is finally here.  This is undoubtedly the most that I have struggled with a first round mock draft in years, but there was no way I wasn’t going to give in a shot.  As soon as the Browns take Allen or two teams in the Top 5 trade down, I’ll throw it in the trash.  Honestly, I’d be thrilled if I get 25% of these picks right.

As always, no trades. Have at it.

Darnold is the safest QB in available and Cleveland’s new front office starts with “the right pick”.

The Giants make the decision to support Eli instead of drafting his eventual replacement here.

A personality match made in football heaven: Mayfield is able to learn behind McCown & Bridgewater before becoming the next face on the Jets.

Chubb lines up opposite of Myles Garrett to combine for 20 sacks a year & terrorize AFC North QBs.

The Broncos attempt follow the Giants lead here and help out their new QB by giving him the best OL prospect in years.  Look for the Broncos to be aggressive in trying to trade down.

Nobody has more needs on defense than the Colts.  In this situation, they decide to fill a need in their secondary while also filling a need for leadership.

The Bucs fill one of their biggest needs and give a boost to 2017’s worst pass defense.

Chicago fills a big need and grabs the next in a long line of talented Bears linebackers.

With last year’s first round linebacker unlikely to play an NFL snap for a long time (if ever), the Niners fill a need with one of this draft’s highest upside players.

In desperate need of defensive playmakers, the Raiders are happy to take one of the draft’s best here.

Miami is glad to grab their QB of the future, but they’re ecstatic that they get the one who is most NFL ready.  I am not predicting trades, but they’ll likely need to trade up to get a QB.

Allen’s size, arm, and cold weather experience just scream Buffalo.  Like with Miami at 11 though, they’ll most likely have to trade up to get him.

The Redskins continue to beef up their defensive line by pairing last year’s 1st round pick, Johnathon Allen, with the best defensive lineman in this class.

The Packers could grab a WR or OL to help Rodgers, but I think that it is more likely that they take the draft’s best corner to help a defense that desperately needs one.

The Cardinals signed two veteran QBs in Free Agency, but are still very likely to target one in the draft.  Arizona feels like an organization that would be open minded about structuring an offense around the best athlete to play QB since Vick.

The rumors abound that McGlinchey will be a top 15 pick, but in this draft I was not able to find a good spot for him.  While faced with a chance to grab whatever WR they like the best, I think that they rely on the depth of that position in the later rounds and select an athletic, technically sound OT to play opposite Ronnie Stanley.

The Chargers had one of the worst run defenses in the NFL in 2017 and are glad to see one of the draft’s best defensive lineman fall to them.

With Dez out the door, the Cowboys need a WR as bad as any team in the league.  Lucky for Jerry Jones, they get their pick of the bunch and select the Dallas product.

Matt Patricia, a defensive mind, starts off his tenure as Lions head coach by grabbing a versatile and athletic defensive lineman.

Seemingly in need of offensive lineman year after year, the Bengals couldn’t be happier to see the draft’s best center fall into their laps.

After getting their QB of the future earlier in the round, the Bills decide to help replace the retired Richie Incognito.

I expect the Patriots to be very active with their two first round picks.  They could move up for a falling QB or move down to add firepower.  In this scenario, they wait until later to take a QB and instead fill a major need by taking a player who is also one of the best available.

After trading away Kelvin Benjamin, the Panthers absolutely have to get Cam Newton some pass catchers.

With their two starting EDGE rushers in the final years of their contracts, the Titans add the player who was considered by many to be the best senior in the country going into the 2017 college football season.

While they are disappointed that the three best defensive lineman are gone at this point, they will gladly take the best player available to fill another need of theirs.  Side note: If they are comfortable with his medical situation, Michigan’s Maurice Hurst would be a perfect fit here.

This is around the spot where the first TE of the draft is expected to go.  While Hurst is one of the oldest rookies in the draft, he is arguably the most well rounded TE of the group. 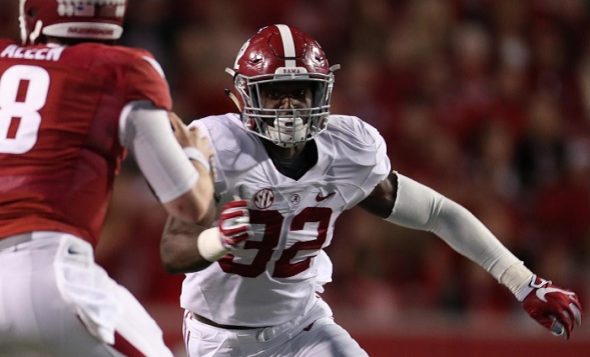 For (seemingly) the 25th year in a row, the Steelers select a linebacker in the first round.  In this case, they make a pick of value and need in the wake of the Ryan Shazier injury. 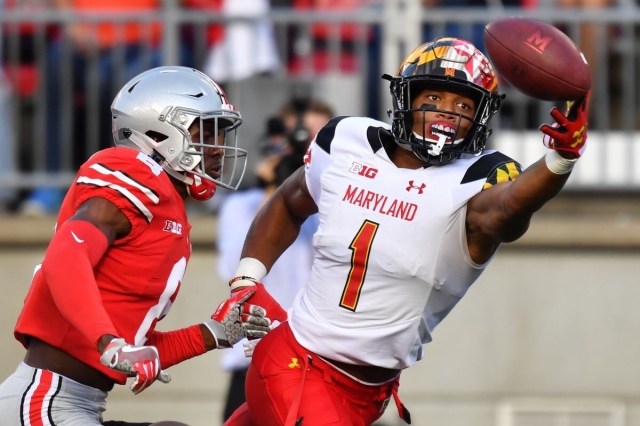 After losing both Allen Robinson and Allen Hurns in the offseason, the Jags grab a promising WR as they try to rebuild their receiving corps.

While we could, and we already have, argue all day about his best position at the next level, the Vikings see a talented lineman with a mean streak.  For a team with few needs outside of the offensive line, I wouldn’t be at all shocked to see them select two with their first two picks.

After losing Nate Solder in free agency, the Patriots bring in the second best true tackle in this draft.  Side note: This slot screams QB.  Whether it’s the Patriots taking him here or someone else trading up, I think that Mason Rudolph is selected in the first by a team who wants that coveted fifth year option. 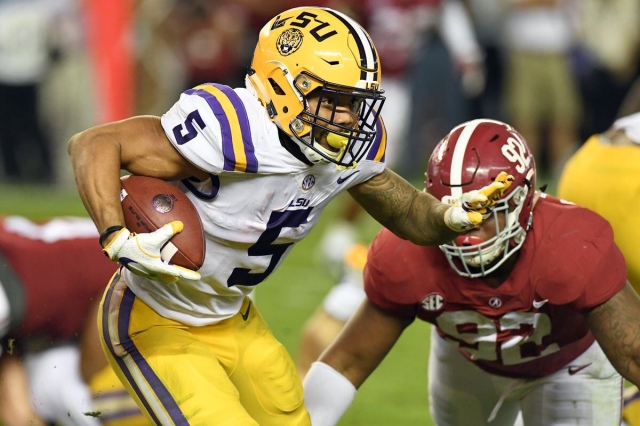