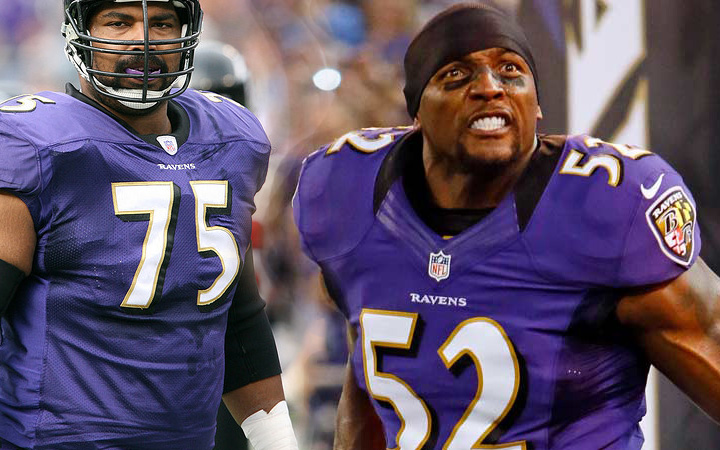 Ozzie Newsome’s last draft will commence in nine days. Overall his time as the Ravens only General Manager has been largely a success with two Lombardi trophies to his credit but that doesn’t mean he hasn’t had some missteps along the way. Over the next several posts I’d like to examine his draft record and give my selections for best and worst pick for each year.

Here are my selections:

Best: Ray Lewis, LB, Miami, First Round – Has there ever been a better start to a franchise? Two first round picks, Two Hall of Famers. (Jonathan Ogden at #4 Overall) A thirteen-time Pro Bowler, seven-time first-team All-Pro, two-time NFL Defensive Player of the Year, two-time Super Bowl winner and the face of a franchise. Side note; Lewis was the fifth linebacker taken going after Kevin Hardy and John Mobley.

Worst: Deron Jenkins, CB, Tennessee, Third Round – Ravens fans remember the first two picks  of this season’s draft but the third one is more forgettable. The Ravens actually traded three picks (3rd, 4th and 7th) to be in position to grab the Volunteer. Two interceptions in four seasons in purple was all they got for it.

Best: Peter Boulware, LB, Florida St., First Round – The fourth overall pick was a four-time Pro Bowl selection, the Defensive Rookie of the Year and an All-Pro in 1999. More magic in the first round by the Wizard.

Best: Duane Starks, CB, Miami, First Round – An interception machine (20 in 4 seasons) who took advantage of playing with an aggressive front seven. Another first round hit for Baltimore.

Worst: Patrick Johnson, WR, Oregon, Second Round – He was fast. Very fast. However he’s just one in a long list of drafted receivers that never made an impact. This draft class was very weak with names such as Ron Rodgers, Sammy Williams and Ryan Sutter that also never became contributors.

Best: Chris McAlister, CB, Arizona, First Round – The first true shutdown corner for the purple and black. Unfortunately for him he may be remembered more for his poor attitude but the guy could ball. Tough, physical and had a penchant for making big plays.

Worst: Anthony Poindexter, SS, Virginia, Seventh Round – It’s actually unfair to put Poindexter on this list. He was a project coming off a major knee injury his Senior season and could never seem to overcome it. Baltimore only had four picks that year and Edwin Mulitalo and Brandon Stokley both helped the team to a championship in key roles.

Best: Adalius Thomas, LB, Southern Mississippi, Sixth Round – Make no mistake that Jamal Lewis was the best player from that season’s draft. He was a workhorse and his record breaking game against the Browns still stands in my mind as one of the greatest performances I’ve seen live. But Thomas became a versatile defender who was voted to two Pro Bowls and received an All Pro selection in 2006. Thomas is easily the most versatile defender in team history as well as the Ravens best pick all time after the third round.

Worst: Travis Taylor, WR, Florida, First Round – Considered by some to be the biggest Ravens draft busts ever. In this draft Ozzie was hoping to sure up the offense for a long time with Lewis, Taylor, and Chris Redman. But just imagine if Oz would have taken a skinny kid out of Michigan (Tom Brady) instead Louisville’s Redman. How many championships would the Ravens have won? To be fair I’m sure every other team in the league is asking that same question.