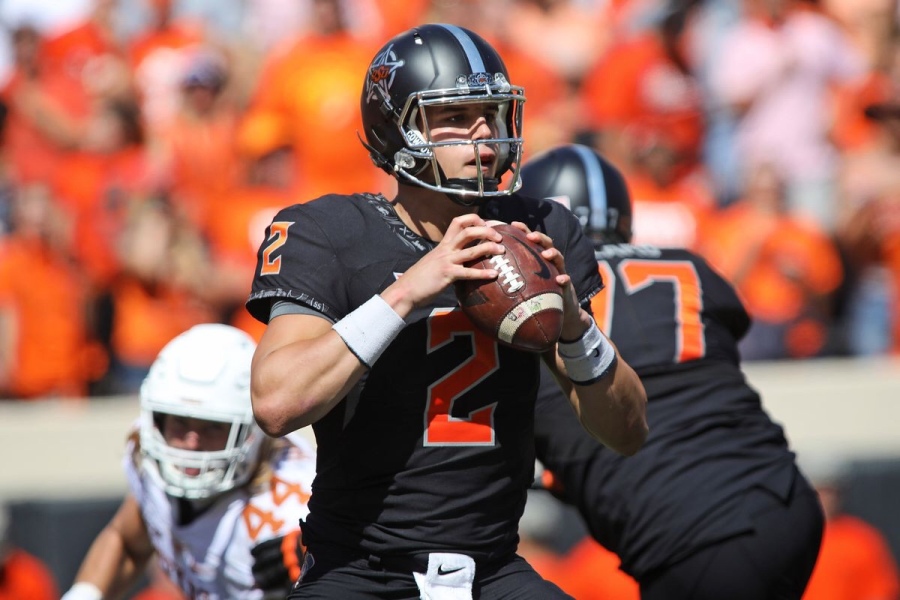 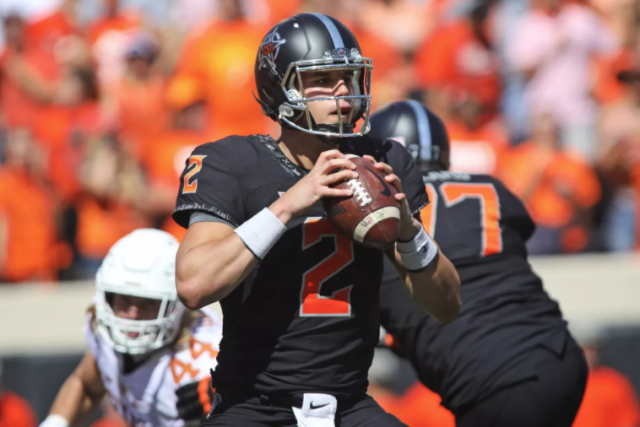 With Oklahoma State quarterback Mason Rudolph projected to fall into the second round in many mock drafts, the Ravens may have their best opportunity to add a QB in a while. Despite having Joe Flacco under contract at a hefty price, and despite the QB position’s reputation as a risky draft pick, Mason Rudolph would likely be the best value selection for the Ravens if he is still there when they pick in the second round. Here’s why.

The QB market is deeper this year than it has been in a long time.

This offseason, Kirk Cousins, Sam Bradford, Case Keenum, Teddy Bridgewater, and potentially Nick Foles will all be available. Furthermore, Josh Rosen, Sam Darnold, Baker Mayfield, Josh Allen, and Lamar Jackson are projected to be first round picks in the draft. This increase in the supply of QBs will cause a decrease in price, meaning that Rudolph will be obtainable for a much later draft pick than a QB of his caliber normally would. In most other years, he probably wouldn’t make it past 25. Just in the previous 6 drafts Paxton Lynch, EJ Manuel, Brandon Weeden, and Ryan Tannehill went 26th or earlier despite being worse prospects than Mason Rudolph. In 2018, he may fall to the Ravens in the middle of the 2nd. Now would be the opportune time to get a QB: they may not be this cheap again.

The results have not been good with Joe Flacco.

While the most likely scenario with Mason Rudolph would be him sitting on the bench for a couple years to be Flacco’s eventual successor, its possible that he could win the starting job earlier. Since his superbowl MVP campaign, Flacco’s yards per attempt and passer rating rank behind the likes of Mike Glennon, Ryan Fitzpatrick, and Brian Hoyer. The Ravens have done a poor job surrounding him with talent, but those excuses can only go so far. He’s clearly not that far above those guys at this point in his career, and its possible that a stud rookie QB could win the job. While the likelihood is low, the payoff would be enormous. Passing offense is the most important factor in team wins, so any upgrade in that facet would be more important than an equivalent upgrade elsewhere. After 2018, the Ravens could save $18.5m in base salary by cutting Flacco ($10.5m of which they would see immediately, and another $8m saved in 2020 thanks to the the prorated bonus from that year counting against the 2019 cap.) If Rudolph turns out to be a good QB, the Ravens will enjoy good QB play at a bargain price from 2019 through 2021.

Rudolph is underrated as a prospect.

He doesn’t have quite the accuracy of Josh Rosen, or the arm talent of Sam Darnold or Josh Allen, or the completely absurd college production of Baker Mayfield, or the athleticism of Lamar Jackson. What he does have is a very solid resume with few red flags other than the conference in which he played, and college production in the passing game well ahead of all of the other QBs save Mayfield. Rudolph is a 3 year starter at an often ranked college program. He put up good numbers as a sophomore and improved noticeably each year. He measures in at 6’5” 235 lbs and has no character concerns. While every quarterback has a chance of being a bust (Geno Smith and Brian Brohm are 2nd round QBs that fit this profile,) this lack of glaring red flags is a good sign that you don’t generally get out of 2nd round quarterbacks.

The main criticism of Mason Rudolph is the set of defenses he faced, but he still had a solid performance in his bowl game against Virginia Tech, who ranked 24th in the nation, and held opposing quarterbacks to a 48.6% completion percent. Rudolph was hit or miss on the deep ball, but threw with velocity and accuracy in the short an intermediate game. He kept his eyes downfield and made mostly accurate throws under pressure despite some shoddy footwork. There’s still clearly some work to be done though: his main weakness being a reluctance to step into throws which likely caused some misses downfield. The results were good overall, with him completing 65.6% of his passes, throwing just a hair under 11 yards per attempt, and not turning the ball over as he lead his team to victory.

While there’s a reason that he isn’t as highly regarded as Josh Rosen and Baker Mayfield, Mason Rudolph is an underrated prospect that the Ravens would be fortunate to snag in the second round. With a year on the bench to practice with an NFL team and work on his footwork, Rudolph could be a great successor to Joe Flacco, and this could be the Ravens best opportunity to grab one.

One thought on “NFL Draft: The Case For Mason Rudolph In Round 2”